Chip manufacturing facility 'to be built in Abu Dhabi' 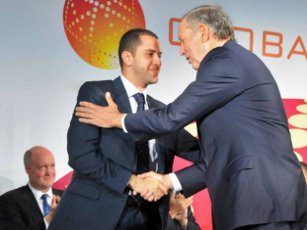 The chief executive of technology investment firm, Advanced Technology Investment Co, plans to spend US$6 billion-US$7 billion to build a chip manufacturing facility in Abu Dhabi according to a recent interview with Dow Jones Newswires.

ATIC Chief Executive, Ibrahim Ajami, also said that the company is open to acquisitions beyond the contract chip manufacturing business in a move to strengthen its position in the semiconductor market.

The made-to-order chip-making business is currently centred in Taiwan, Singapore and mainland China. Last year, Abu Dhabi-based ATIC bought Singaporean contract chip maker Chartered Semiconductor Manufacturing Ltd. for US$1.8 billion in cash, and merged it with Globalfoundries, a company that was spun off from US microprocessor maker Advanced Micro Devices Inc (AMD).

Globalfoundries makes chips based on others' designs and receives about 30 per cent of its revenue from AMD.

"We're an investment company focused on making sure we strengthen our position in semiconductors. That could involve expanding into other parts of the value chain," said Ajami who added that ATIC is in "extensive" discussions for investments, but did not disclose further details.

A new plant in Abu Dhabi would be the first chip manufacturing plant in the UAE. Ajami said he aims for the facility to ramp up production between 2014 and 2015. It would be a 12-inch wafer fabrication plant, the industry's most advanced, and operated by Globalfoundries.

"Whether we expand in the future into memory (chips) etc. has yet to be determined. Nothing is excluded here and I can't say definitely that we won't be entering production of other chips," Ajami said.

"There's definitely going to be a broader investment strategy but we can't lose sight of Globalfoundries as being the nucleus."