DEWA signs MoUs with start-ups on IoT and AI 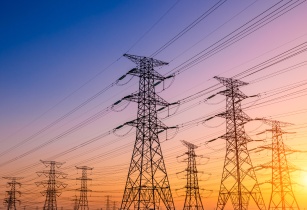 Projects as part of the MoU include turning DEWA?s Emirates Towers office into a smart office based on IoT and testing self-cleaning devices for solar panels.

?The signing of these MoUs reflect the words of HH Sheikh Mohammed bin Rashid Al Maktoum, Vice-President and Prime Minister of the UAE and Ruler of Dubai, who once observed that ?Our 2071 Strategy is founded on a set of fundamentals, primarily AI across all our government and private sectors?. This also supports the vision of HH to make Dubai a global role model for clean energy and green economy, by keeping pace with the Fourth Industrial Revolution and disruptive technologies such as AI, drones, energy storage, blockchain, and the Internet of Things. The signing of these MoUs also comes within the framework of achieving the objectives of the 10X initiative launched by His Highness to propel Dubai into the future, putting it 10 years ahead of other global cities through government innovation,? said Saeed Mohammed Al Tayer, MD & CEO, DEWA.

?DEWA participated in the 4th Dubai Future Accelerator Programme to develop new technologies that help improve the quality of electricity and water services. In this round of the Dubai Future Accelerator Programme, we will cooperate with the three selected companies to adopt innovative solutions that manage the accelerating changes and address the future challenges in the main sectors of DEWA?s work,? Al Tayer, added.