Dubai Airport Freezone to expand by up to 90 per cent 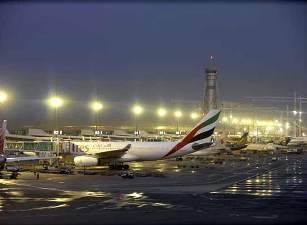 Dubai Airport Freezone will see its leasable space expanded by up to 90 per cent starting in 2012 that could bring in as many as 1,000 new companies.

Construction has already started on one of the eight buildings and a hotel, which is expected to add more than 300,000 sqm to the space. Mohammad Ahmad Al Zarouni, director-general of the free-zone (DAFZ), has said the project will cost more than US$350 million. Currently, around 1,500 companies operate in the DAFZ, employing more than 12,000 people. The firms are involved in everything from manufacturing and assembly to packaging and services.

"These activities have a great cluster impact on the economy of Dubai," Al Zarouni told the Gulf News. "It is definitely boosting the growth of other industries such as transportation, import/exports, construction, consumer and services." The freezone generates around 2.2 per cent of the UAE's gross domestic product. In last year's first quarter, the freezone saw growth of 48 per cent in revenues and a 49 per cent increase in net profits, beating expectations.

Low taxes, low costs and cheap rent has proved to be an attractive incentive for international companies which have flocked to the DAFZ. The DAFZ was named the best Free Zone in the Middle East, and the second best in the world by the Foreign Direct Investment magazine of the Financial Times. Competing with more than 200 other freezones worldwide, Dubai Airport Freezone has positioned itself strongly after Shanghai Waigaoqiao Free Trade Zone in first place.