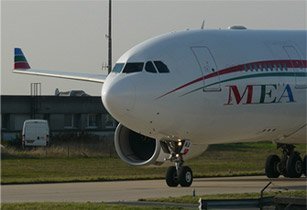 Middle East airlines profits are set to quadruple this year to US$400 million, according to a report from the International Air Transport Association (IATA).

The report says that increased passenger and cargo traffic using the region as a stopover destination between Europe and Asia will boost profits.

The IATA tripled its earnings forecast for the industry to US$8.9 billion worldwide this year based on a stronger than expected recovery. But it warned that profits could slow next year, to around US$5.3 billion.

“This year is as good as it gets for this cycle,” said Giovanni Bisignani, the IATA's director general and chief executive. “Governments are running out of cash for pump priming. Unemployment remains high and business confidence is weakening. And we expect the 3.2 per cent GDP growth of 2010 to drop to 2.6 per cent in 2011. As a result, 2011 is looking more austere,” Giovanni added.

The cheaper cost of fuel – caused by excess refinery capacity – has helped to increase profits for regional airlines this year. Middle Eastern airlines have also benefited from strong regional economies and an expanded share of long haul markets, the report said.