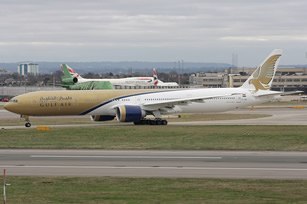 Gulf Air has announced that it is on target with its fleet renewal programme, following the delivery of its eighth A320-200 last month. The arrival of the new aircraft marks the final delivery in the first phase of the Bahrain?s national carrier?s order for 15 A320-200s and brings the number of new aircraft in the airline?s fleet in the last 10 months to 10 - eight A320-200s and two E170AR regional jets, according to the company.

The average age of the fleet of aircraft has been reduced from 12 to eight years as a result. The new aircraft have replaced five older narrow body aircraft which were phased out in the last five months due to increasing maintenance costs and low fuel efficiency.

?A core proposition of our new strategy is to increase our regional strength and position,? said Samer Majali, Gulf Air CEO. ?In order to achieve this, we need to ensure that our aircraft are optimised for the routes served. Narrow-body aircraft form the backbone of our regional network as we continue to identify niche markets and serve them. As such, it is important that we invest in the most efficient and reliable aircraft with the highest levels of comfort for our customers.?

The A320-200 aircraft have been financed under Export Credit Agency-backed financing. Gulf Air said it continued to hold the leadership position among its competitors as the carrier with the largest Middle East network. Gulf Air has a total of 19 narrow-body aircraft - 13 A320s, two A319s, two A321s and two Embraers.