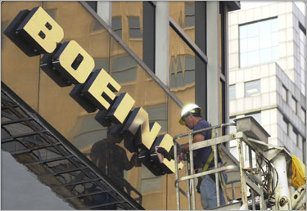 As per Boeing's estimate, the regional aviation industry will grow upward at an average of 7.1 per cent a year for the next 20 years.

To cope with the demand, Boeing and Airbus have predicted that Middle East airlines will need to add 2,340 aircraft (at a cost of US$390 billion) to their fleets by 2029.

Confirming the trend that the Middle East will play an increasing role in long haul aviation, about 43 per cent of the expected aircraft will be wide-bodied.

Large-scale expansion programs have been initiated for airport infrastructure and fleet expansion due to the jump in passenger traffic at a CAGR of 10 per cent between 2002 and 2010, higher than the global traffic growth in the same period which was between one per cent and three per cent.

By 2015, the Dubai, Doha, and Abu Dhabi airports will reach an annual capacity of 190mn passengers. Dubai's new, five-runway airport will be able to handle 70 million passengers and its airport has doubled in size every few years. Abu Dhabi and Qatar are following suit, the report added.

By 2020, Emirates, Qatar, and Etihad airlines will have the capacity to carry nearly 200mn passengers, four times their current capacity.