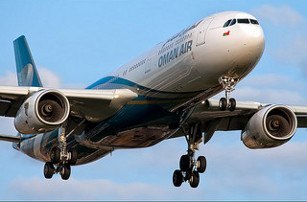 The airline's cargo revenue increase between January and May 2012 exceeds the 28 per cent increase for the whole of 2011.

Oman Air chief executive officer, Wayne Pearce, said, "I am very pleased to say that Oman Air has generated greater revenues, carried more passengers and transported more cargo between January and May 2012 than at any equivalent time in the airline's history.

"These excellent figures build further on the year-on-year increases we have achieved over the last two years and confirm Oman Air's continued ascent as a world-class international airline."

Announcing a new service between Muscat and Tehran, Oman Air said that competitive pricing and regular special offers, both online and in partnership with travel industry partners, have attracted many new customers, whilst e-booking and web check-in have added value to the services.

Oman Air owns 26 aircrafts and anticipates the delivery of two new Embraer E175 regional jets this year. Six new Boeing 737s are expected to be delivered in 2014 and 2015 respectively. In addition, the airlines expects to receive six more Boeing 787 Dreamliners from 2015.