Dubai?s Roads and Transport Authority (RTA) has awarded two contracts totalling AED 38 million (US$10.3 million) for the construction of new roads in the Al Qusais and Al Quoz districts of the emirate 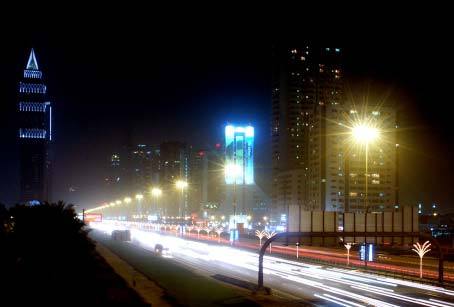 The deals form part of the first phase of the RTA?s five-year AED 1 billion (US$272.2 million) project to improve roads in residential areas across Dubai.

?The two projects represent the initial phase of the five-year plan endorsed by His Highness Shaikh Mohammed bin Rashid Al Maktoum, Vice-President and Prime Minister of the UAE and Ruler of Dubai,? said RTA chairman of the board and executive director Mattar Al Tayer.

?The initial phase of the plan covers five residential communities ? namely Hatta and Al Qusais 3 in addition to Al Quoz 2, 3 and 4.?

Construction on the Al Qusais 3 project will begin in June 2012 and will take nine months to complete. The project will cover an area of 225 hectares and will involve 6km of roads being built, along with streetlights and parking lots.

The Al Quoz 4 project will involve the construction and installation of an additional eight kilometres of roads, streetlights, parking spaces and storm-water drainages, and has been scheduled for completion within the first half of 2013.

The final phase has been scheduled to start in 2016 at a cost of approximately AED 250 million (US$68 million) and will cover road work in Jebel Ali Industrial Area 1, Al Qusais Industrial Areas 3, 4 and 5, and Al Awir 1.