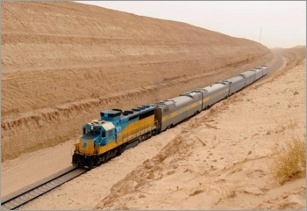 UAE-based Advance Rail Group (ARG) has joined up with a major Saudi Arabia contractor to bid on more than US$800 million worth of future rail opportunities in the Kingdom.

ARG General Manager Warwick Georgeson said the partnership would be mutually beneficial for both companies.

"This strategic joint venture will ensure both parties capitalise on each other's strengths," he said. "ARG's decision to partner with RTCC was founded on their strong history in the Kingdom and their successful completion of several high profile projects in the region," Mr Georgeson said.

"This type of allegiance supports the Kingdom's drive for international partners. It allows international companies such as ARG to share our skills and to assist in the exciting development of the Kingdom," Mr Georgeson said

SAR is currently prequalifying consortia for several railway opportunities in the Kingdom. RTCC is currently completing a contract in Saudi Arabia to construct 817 kilometres of SAR's 2,400 km North-South Railway.

HLG CEO and Managing Director and ARG shareholder Laurie Voyer welcomed the partnership as a positive step for the Group's operations in Saudi Arabia.

"This joint venture with RTCC to bid for some of these key railway opportunities will complement our already established business in KSA. We have identified the Kingdom as a strategic geographic region for our business and the market there is robust and sustainable with predominantly government-funded infrastructure works.," he added.