Construction of Mecca rail project to begin in 2013 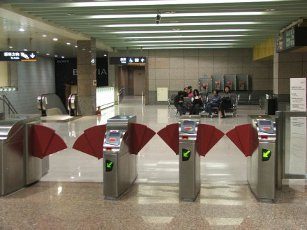 AlBalad AlAmeen Company (BAC), which is leading the MMRT development, has appointed an advisory team of Ernst & Young, Ashurst and Parsons Brinckerhoff, and is working with its advisors to develop the procurement packages for the Stage 1 system, including rail infrastructure, rail systems, rolling stock, depot and operations.

The contracting structures are being finalised but it is expected that Stage 1 will be split into several procurement packages. Expressions of interest for Stage 1 are anticipated to take place in the latter third of 2011.

Dr Saad A Al-Gadhi, BAC's project director for the MMRT said that the project's development was fundamental to the transition from the existing, inefficient, private transport system to an integrated modern public transport system.

It will be an extension of the existing Al Mashaaer Al Mugaddassah rail line and connects to the new Haramain high-speed rail station west of Mecca city.