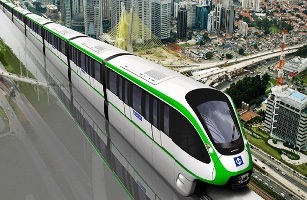 Saudi Binladin Group is the contractor responsible for the design and construction of the KAIA Development Project and was awarded its contract by the Saudi Arabian General Authority of Civil Aviation (GACA) in 2011.

KAIA is expanding its existing passenger facilities with an additional Passenger Terminal Building to meet the requirements of rising passenger volumes.

The new Innovia APM 300 system will serve as the backbone for the transportation of passengers between terminal areas at KAIA. Completion of the system is scheduled for the start of 2014, according to a company statement.

Bombardier's recently set up a wholly-owned subsidiary in Saudi Arabia that will act as subcontractor to Saudi Binladin Group, leading the project to design and supply all of the system-wide Electrical and Mechanical (E&M) elements for the 1.5km, dual guideway automated people mover (APM) system, including 10 Innovia APM 300 cars with Bombardier Cityflo 650 automatic train control technology for driverless operation as well as providing project management, systems engineering and integration, testing and commissioning.

In addition, Bombardier will provide operation and maintenance services for four years followed by a two-year discretionary option to extend to 2020.