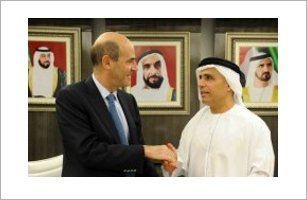 The Roads & Transport Authority (RTA) said it has awarded a 13-year maintenance contract for the Al Sufouh tram project in Dubai to a consortium comprising Alstom Co and Cofely-Besix Co.

The maintenance contract covers the rolling stock and fixed installations under phase 1 of Al Sufouh tram project. The deal includes an option for a five-year extension, the RTA said in a statement.

The first phase of the project will span 10.7km and cost US$1.09 billion, and will see 13 of the network's 19 stations open to the public.

The contract also has the potential of awarding Alstom the maintenance deal for phase 2, which includes providing 14 additional tramsets, a 5-km track and six additional stations, said Mattar Al Tayer, chairman and executive director of the RTA.

Al Tayer said: "The selection of Alstom for the maintenance of Al Sufouh Tramway was prompted by the fact that it is the only company in the world that manufactures tramsets powered by a modern, safe and catenary-free power supply system."