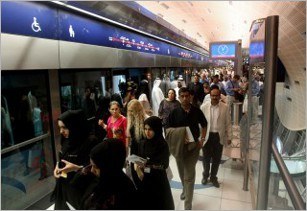 Kuwait signed an US$8mn contract with Ernst and Young Company for the state-planned metro system.

Speaking on the sidelines of the ceremony, Dr. Safar said the metro project had been approved after extensive consultations with international agencies. He added that the service would be linked up with the buses' transports, covering highly populated residential areas and cutting the use of personal vehicles.

The airconditioned metro system will be run on "green energy," reports Global Arab Network. The Kuwaiti government plans to set up a public transport authority to supervise the establishment of a single network, combining the metro and bus services. Ministers have said it is essential the different services are integrated.