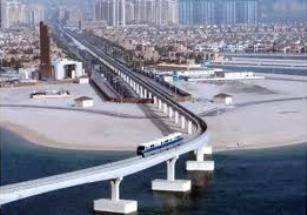 The proposed rail line between Abu Dhabi, Dubai and Sharjah has received a vote of confidence with a new study coming out showing that there would be high demand for such a service, reported The National.

Union Railway, the government-backed nationwide rail project, is expected to significantly change transport and industry in the emirates. When fully built, all phases of the project will operate a network connecting the seven emirates making up the UAE, with final completion expected in 2017.

Graeme Overall, a senior manager of business development at Union Railway, revealed that an internal business team had just concluded a major study into the prospective market on passenger services throughout the UAE and the results were very encouraging. During peak times, up to 16,000 passengers could travel between the three urban centres in one direction every hour.

The US$10.9bn Union Railway project will initially cater to freight transport but Mr Overall stressed the investigation into a dedicated passenger line was part of a "prefeasibility study phase".

The first phase, which is expected to be completed in 2013, will be 265 km of track connecting the Shah natural gas field south-west of Abu Dhabi city with the oil and gas facilities at Habshan and with Ruwais port. The state-backed rail company recently awarded an engineering contract to Atkins of the UK and safety advisory work to TUV of Germany.

The plan of introducing a rail passenger service would provide an alternative means of transport for the tens of thousands of commuters who travel on the main motorway linking the three urban centres every day.

Union Railway's estimates for demand vary based on the speed of the service although Mr Overall declined to say whether the options included the possibility of a high-speed bullet train travelling at speeds of about 250kph.

Currently, the mixed-use freight and passenger line that will be built further into the desert will allow speeds of 100kph to 150kph, depending on the cargo."We need to do the work on how fast it goes, which will affect demand and also the cost," Mr Overall said.