Tenders for Faw port to be issued by end of 2011 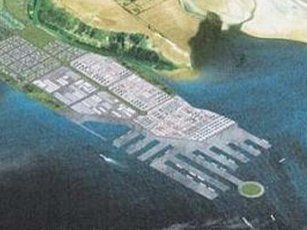 The Iraqi government plans to float a tender for building a multibillion-dollar port south of Basra by the end of this year, Hadi al-Amiri, the transportation minister said.

Iraq is in talks with investors from Australia, France, Germany, Italy and the UAE to help finance the project, known as Grand Faw port, which will be built on the Gulf south of the oil hub of Basra,

Constructing a new port is part of a drive to modernise public infrastructure and kick-start Iraq's economy now that major new oil contracts have been signed. Amiri stated that the aim is to have the first stage of the big project finished at the end of 2013.

"There are many mechanisms to (fund) the project, maybe through (foreign) investment, or soft loans from the government," Amiri said, according to Reuters.

According to Iraq's plan, goods unloaded at the new port would then be loaded onto a new railway system and reach Europe overland more quickly than ships might reach Egypt's Suez Canal, which connects the Mediterranean to the Red Sea.

The project will be built in two stages and is expected to take about four years to complete. It will include 7,000 metres of dock to receive container ships. The dock for general cargo would be 3,500 metres. The commercial port will also include two docks for unloading oil products.