Germany's K?rcher said it has opened the K?rcher Center Sedana Abu Dhabi store as it further expands its presence in the Middle East 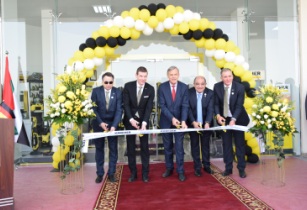 Since then, K?rcher has grown its presence in the region, by opening its Middle East headquarters in Dubai in 1998 and growing its footprint in other Middle East countries.

?The opening of the flagship K?rcher Center Sedana Abu Dhabi, is testament to how fruitful our partnership is with Sedana,? explained Richard Nouira, managing director, K?rcher Middle East.

?Together we saw a need for the flagship store, and we are really pleased to have achieved this vision. The K?rcher Centre Sedana Abu Dhabi is a one-stop store for machines, accessories, detergents, service, and for learning how to tackle the cleaning needs in the region,? Karim Daniel, operation manager, Sedana Trading, said.