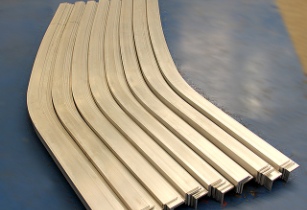 As reported in the Emirates News Agency, the trade amount endorses Abu Dhabi?s leading position of exploring the prospects of aluminium sector development and the UAE?s ability to drive the economic diversification strategies in the entire region.

The source further cited the report of the Statistics Centre ? Abu Dhabi (SCAD), according to which the emirate's trade in the metal represents around 2.6 per cent of its total non-oil trade during the period from January until the end of July 2018, which is totalled at US$25.62bn.

The emirate trade in aluminium doubled in 2017, surging to US$1.47bn, according to SCAD statistics. Further, the collaboration of the two leading state aluminium firms, Emirates Aluminium (Emal) and Dubai Aluminium (Dubal), has made the new firm the world?s fifth largest producer of the metal.

The source further noted that during the first seven months of 2018, the emirate exported around US$570mn in aluminium in addition to re-exports of US$43.56mn worth of imports.