Aluminium output set to grow in 2011 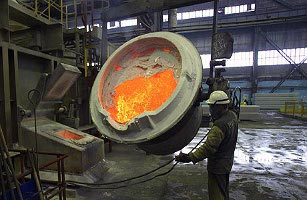 Rusal, the world's largest aluminium producer, said that it sees steady output growth in 2011 for aluminium, driven by strong demand from China and a rebound in North America.

Rusal, a Russian company said aluminium production was expected to grow 2 per cent in 2011, roughly steady with last year's three per cent rise to 4.08 million tonnes, with higher output seen at its Siberian smelters.

"Growth in aluminium demand in regions other than China is expected to be strong, indicating that Western markets appear to have rebounded positively from the financial crisis," Rusal said in a statement, reported Reuters.

Global demand for aluminium, used in everything from soft drink cans to building construction, would increase 8 per cent to 43.8 million tonnes in 2011, with prices expected to remain above US$2,500 per tonne, said Rusal.

Rusal accounts for 10 per cent of primary aluminium production globally in 2009. Rusal also said it would increase production of alumina, a key material in aluminium, by 8 per cent this year after output also rose 8 per cent to 7.8 million tonnes in 2010.

"Production for 2010 was generally in line with our forecast but the guidance for 2011 was a little lower than we are expecting," said Alexander Latzer, an analyst at Daiwa Securities Markets. He expects Rusal's aluminium output to rise 5 per cent this year.