Construction boom encourages expansion of aluminium companies in the UAE 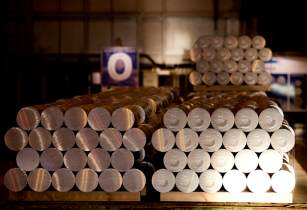 The growth of the construction sector has given rise to the demand for aluminium extrusions. (Image source: NorskHydro/Flickr)

EEF will commission a new production line at its aluminium extrusion plant in Techno Park, Dubai. This plant is expected to begin commercial production by the end of Q1 2015, and will eventually increase its production capacity by 6,000Mt per annum.

Meanwhile, WAE is in the process of finalising an anodising plant from Italy with a capacity of 4,800Mt, which will be fully equipped with the latest technology, stated officials from the company.

Khalfan Al Suwaidi, managing director of EE, said, ?Architectural, building and construction applications accounted for over 80 per cent of the extrusion market in the Middle East region. EEF and WAE are building on their leadership with high-quality aluminium systems for architectural and non-architectural applications.?

In addition to construction, there have been significant investments in the transportation, electrical and industrial sectors in the region too, further pushing the demand for aluminium extrusion products. The GCC is expected to contribute 15 per cent of the aluminium sector?s growth by 2015.

According to statistics provided by the two companies, the demand for EEF and WAE?s aluminium profiles have increased from 24,100Mt in 2013 to 27,250Mt in 2014, registering a 13 per cent year-on-year (YoY) increase and spurred by an increase in construction projects in the region. The two companies export around 60 to 70 per cent of their finished goods to GCC countries and nearly 25 countries across the MENA region. Over the next five years, EEF and WAE plan to expand to over 50 countries.