Indian company Jindal Steel and Power (JSPL) has announced that it will invest around US$2bn to double the steel making capacity of its wholly-owned subsidiary Jindal Shadeed Iron and Steel, located in Sohar, Oman 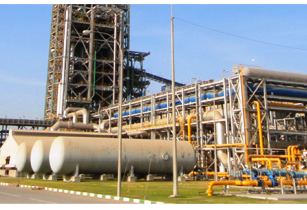 JSPL foresees a surge in demand for iron and steel in the Gulf markets based on infrastructure budgets. (Image source: Jindall Shaheed Iron and Steel)

JSPL had bought Shadeed Iron and Steel in July 2010 from Abu Dhabi?s Al Ghaith Holdings for about US$500mn. The capacity of the plant, third largest in the Middle East, now stands at two million tonnes per annum (mtpa), the company said in a statement.

Ravi Uppal, managing director of JSPL, said, ?We will raise the capacity of the plant by 2.5 mtpa. It will require an investment of around US$2bn. The Omani government is very co-operative in terms of granting approvals. Once we are ready, it should not take much time to go ahead with the project.?

Naushad Ansari, CEO of Jindal Shadeed Iron and Steel, said that the environmental clearance for the proposed expansion of the plant is likely to be given by July 2015. Then, the company would begin placing orders with the hope of completing the expansion by end 2017 or early 2018.

Meanwhile, JSPL has also signed a term loan facility of US$725mn with Bank Muscat for the steel plant.

?We have sufficient land for moving ahead with the plant expansion and raw material is not an issue,? Ansari added.