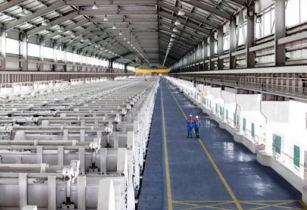 According to reports, the refinery is only the second to be built in the Middle East, and sees the UAE expanding upstream in the aluminium value chain. The plant will refine bauxite ore into alumina, the feedstock for aluminium smelters. Currently, the UAE relies on third party imports for all of its alumina needs, which amount to close to five million tonnes per year.

Abdulla Kalban, EGA?s managing director, said, ?We are creating an aluminium value chain for the UAE, and our partners such as Guinea, that stretches around the world. Al Taweelah alumina refinery is an important link in that chain. It creates jobs, economic opportunity and scope for further industrial development both at home and abroad. I am pleased that the project, and Outotec?s part in it, is proceeding so well.?

Bastaki added, ?The Al Taweelah alumina refinery is a major investment by EGA in the future of the UAE?s aluminium industry. Producing alumina in Abu Dhabi, and mining bauxite in Guinea, will enable us to manage the cost of this important resource. That means the potential of the aluminium industry to contribute to the growth of our economy will be secured.?

EGA is also set to begin work in an inland area of KIZAD on a storage site for bauxite residue, which is a by-product of refining bauxite into alumina.

The bauxite residue will be stored in a dry form in this dedicated and carefully-managed site approximately 30km from the coast.