Iran produced in excess of 258mn tonnes of minerals in 2016 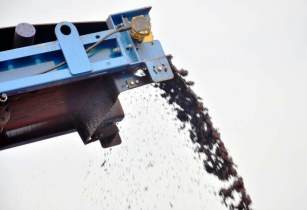 According to Iran?s Financial Tribune, the output for the period stood at 26.81mn tonnes, up 5.5 per cent compared to the previous month.

Iron ore concentrate had the biggest share of Iran?s mineral production during the 10-month period with 25.49mn tonnes, registering a 17.27 per cent rise year-on-year.

All iron ore mines, except Chadormalu, posted a double-digit growth in production.

Pellet was next on the list with an output of 20.96mn tonnes, recording a 17.27 per cent growth year-on-year. Direct-reduced iron came third, as production was up 9.28 per cent to 13.68mn tonnes.

Iran?s three major aluminum producers produced 244,577 tonnes of aluminum ingots during the 10 months to register a one per cent decline year-on-year.

Iran is home to 68 types of minerals with more than 37bn tonnes of proven and 57bn tonnes of potential reserves, including large deposits of coal, iron ore, copper, lead, zinc, chromium, uranium and gold.