Iraq to build a US$1.1 billion smelter plant 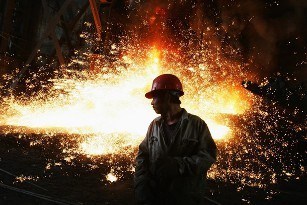 The Kurdistan Regional Government (KRG) has licensed an Iraqi firm to build a smelter and steel plant worth nearly US$1.1 billion.

The project will see the construction of a smelter as well as steel manufacturing and steel casting facilities. Mass Global was awarded a contract to build the project in the Chamchamal area between Kirkuk and Sulaimaniya.

The announcement was made by Haidar Mustafa, head of the industrial projects department of KRG's investment commission. "The total amount of the project is US$1.078 billion. The area that the factory will be erected on is (83 hectares)," Mustafa said, reported Reuters.

The new plant would have a production capacity of one million tonnes of steel and iron products annually and construction would start within two months. Dalshad Mohammed Shakir, Mass Global's project director, said his firm had contracted with Italian company Danieli to design and build the facility.

"This is a pioneer project in Iraqi Kurdistan with very modern technology and machines which are the latest in the iron industry in Europe," Shakir said.