Middle East to become a major player in mining industry 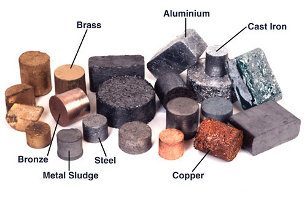 A report by Deloitte said that in terms of production and investment opportunity, the Middle East is set to become a key player in the metals and mining industry.

The report looks at the massive infrastructure development taking place in the region and the potential for further growth which will attract a lot of attention from Asia and Latin America.

As Mutasem Dajani, Energy and Resources partner at Deloitte in the Middle East said: "The longterm outlook for the region remains positive as infrastructure development, coupled with the potential for growth, offers attractive opportunities for globally-oriented mining and metals companies, suppliers and downstream partners."

The economies in the Middle East are using oil income to invest heavily in the steel industry as a means of diversifying national economies away from an over dependence on oil.

The growing local demand for steel is being fuelled by this economic growth and capital investment in the region, which in turn is being supported by high oil prices. To satisfy demand, domestic regional steel production has sky rocketed, especially in the production of long products such as reinforcing steel.

The report suggests that the Middle East may emerge as a net exporter of steel over the long term as production capacity continues to rise and Gulf Cooperation Council (GCC) countries become oversupplied. A number of Middle Eastern countries are investing in multi-million dollar state financed projects, which are set to come on-stream over the next couple of years.

"As commodity prices rise, global companies are looking for new sources of raw materials and emerging economies, including the Middle East, are likely to be the most motivated to engage in new deals and are more likely to consider M&A activity as an avenue for growth," said Dajani.