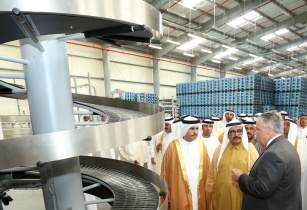 The new factory is part of DEWA’s attempt to diversify its revenue stream. The plant uses the latest technologies, enhanced global practices and quality standards in sterilisation and purification of drinking water. The water produced at the plant has low sodium levels and a balanced range of minerals as well, said DEWA officials.

Mai Dubai is an independent limited liability company with 99 per cent of its shares owned by DEWA. Commercial production began in March 2014. The factory has received the FDA, HACCP, ISO22000 and Emirates Quality Mark (EQM) certifications.

Production lines include small-and medium-size bottles of 1.5 litre, 500ml and 330ml capacity as well as five-gallon bottles. The cup line is available in 200ml and 100ml. Mai Dubai plans to increase its production capacity by 400 per cent in the near future, stated DEWA.