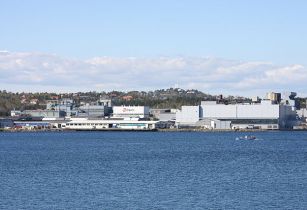 Indian business group RP-Sanjiv Goenka has announced it will build a silica plant in Suez, Egypt for US$208mn

The plant will be built on an area of one billion sq m located in the Sinai Peninsula, which is rich in silica glass sand, stated Amre Abdel Rahman Fayed, member of the Board at Egyptian Indian Polyester Company.

In order to meet the demands of the international and domestic market, silica sediment production is projected to hit 150,000 mt, and sodium sulphate production is likely to reach 120,000 mt.

Authorities from the RP-Sanjiv Goenka group stated that the company has filed technical and financial studies, and is awaiting approvals from the Egyptian Industrial Development Authority, General Authority for Investment for company incorporation, and the Ministry of Housing for industrial land allocation.

The Ministry of Petroleum and the Egyptian Natural Gas Holding (EGAS) are also expected to sanction a certain amount of natural gas for the operation, following which the project will begin, added reports.