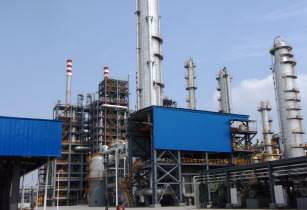 Honeywell will provide the process design package, proprietary and non-proprietary equipment, on-site operator training, technical services for startup and continuing operation, and catalysts and adsorbents for the project.

Including this project, Honeywell UOP’s Oleflex technology has been selected for 52 out of 64 propane and isobutane dehydrogenation projects globally since 2011. When completed, the SIPDEC unit will be the first Oleflex unit operating in Egypt.

“Honeywell UOP was chosen because it has the greatest experience in propane dehydrogenation technology and because the Oleflex solution provided the best economics versus other solutions,” said Jim Moshi, Honeywell UOP, Middle East regional general manager. “This plant will allow SIDPEC to expand its portfolio and take advantage of domestically produced propane to make products such as polypropylene.”

According to IHS Markit, annual demand for polypropylene in Africa was 1.9mn metric tonnes in 2016. But due to rapid population growth and urbanisation, this demand is expected to rise by an additional one million metric tonnes in the next decade. Egypt is the top consumer of polypropylene in Africa, consuming about 4.4 kg per capita, and growing by more than five per cent annually through 2022.

Honeywell UOP’s C3 Oleflex technology uses catalytic dehydrogenation to convert propane to propylene and is designed to have a lower cash cost of production and higher return on investment among competing technologies. Its low energy consumption, low emissions and fully recyclable, platinum-alumina-based catalyst system minimizes its impact on the environment. The independent reaction and regeneration sections enable steady-state operations, improved operating flexibility, and a high on-stream factor and reliability.

SIDPEC is a joint stock company established in 1997 and represents Egypt’s initial development of a domestic petrochemicals industry. The company’s production assets are based on the latest available technologies and designs to ensure competitiveness and compliance with Egyptian environmental regulations.