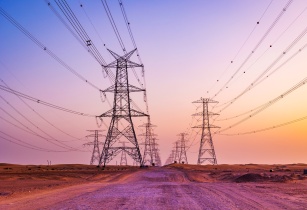 The UAE’s Emirates Nuclear Energy Corporation (Enec) have announced that construction works on the third reactor of the federal 5.6GW Barakah nuclear power plant has been completed

According to Enec, the third 1.4GW reactor is on track to deliver electricity to the grid by 2023, pending all of the relevant approvals.

In September, Energy & Utilities reported that the second unit of the of the Barakah nuclear power plant had been connected to the national grid.

“We have reached another major milestone in the delivery of the UAE peaceful nuclear energy programme, as part of our journey to power the UAE with clean, abundant 24/7 electricity,” Mohamed Ibrahim al-Hammadi, Enec’s CEO, said following the connection of the second reactor to the grid.

Following the connection of the second reactor to the grid, Nawah will gradually raise the power levels, a process known as power ascension testing (PAT), until the 1.4GW second unit is fully operational.

Operations for the first reactor of the 5.6GW Barakah nuclear power plant began on 1 August 2020. When fully operational, the plant will have the capacity to deliver up to a quarter of the UAE’s total electricity requirements.

The consortium developing the project, including Kepco and other South Korean firms Doosan Heavy Industries and Samsung Corporation, was awarded an estimated US$20bn contract to develop the project in 2009. Construction work on the plant began in 2011.