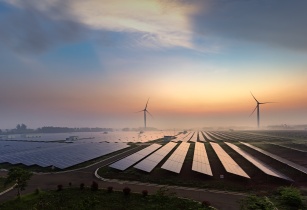 Saudi Arabia’s ACWA Power has been selected to develop 1.1GW of wind power in Egypt, the developer revealed in its first quarterly results since launching its initial public offering (IPO) in October

In the operational highlights, ACWA Power revealed that it had been awarded a “…power purchase agreement (PPA) for Egypt’s 1,100MW wind IPP (independent power producer) by the council of ministers of the Egyptian government.”

According to sources close to the scheme, the contract was awarded following direct negotiations with the government rather than through competitive tendering.

Also in the operational highlights of its maiden quarterly results, ACWA Power revealed it had sold a 32 per cent equity stake in the oil-fired Shuqaiaq power and water plant, part of its net zero target.

ACWA Power revealed in the results that operating income, before impairment loss and other expenses, for the first nine months of 2021 was US$440mn – flat when compared with the same period in 2020.

Other operating highlights include: