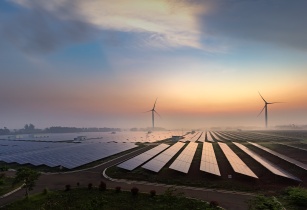 Morocco is aiming to push ahead with a tender for a 100MW green hydrogen electrolyser project in 2022, according to Informa Markets’ Egypt Energy conference

Speaking at the event, Tarik Hamane, head of development and member of the executive committee at the Morocco Agency for Sustainable Energy (Masen), revealed the progress with plans for the electrolyser plant.

“We have secured financing, and are hoping to tender the project and begin construction next year. We are aiming for the plant to be operational by 2025,” said Hamane.

Morocco is planning to use its abundant renewable energy sources to position itself as a global green hydrogen and green ammonia hub.

Hamane told Energy & Utilities in May that Morocco was planning to become one of the leading suppliers of green ammonia to Europe.

Speaking at the Middle East Energy Online 2021 conference, Hamane told a panel discussion that the country’s abundant renewable energy sources had already led to an agreement being signed with Germany that would see an industrial-scale green ammonia plant being built in Morocco.

In July, Energy & Utilities reported that a joint venture of Greece-based Consolidated Contractors Company (CCC) and Ireland’s Fusion Fuel were planning to develop a green hydrogen-powered ammonia project in Morocco.

Work on the project is expected to begin in 2022 following the completion of a feasibility study.

The project is expected to require a total investment of US$850mn. Commodity trading company Vitol will manage the offtake agreement for the scheme.