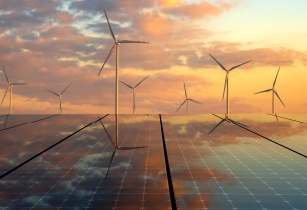 A consortium led by local developer ACWA Power has reached financial close for the US$1.33bn Red Sea Utilities project, which will be 100% powered by renewable energy and the largest battery energy storage system in the world

"In addition, the JV has secured Equity Bridge Loan facilities from Bank AlBilad, Bank Al-Jazira and Arab National Bank and a working capital and VAT Facility for US$93.4mn from Al Rajhi Banking and Investment Corporation," ACWA Power revealed in a stock exchange filing.

The PPP contract will include the provision of power and water production, sewage treatment and solid waste treatment. The Red Sea Development Company is owned by sovereign wealth vehicle Public Investment Fund (PIF), and the PIF will provide the guarantee for the 25-year offtake agreement.

Power is planned to be generated for the Red Sea Utilities project from 400MW photovoltaic (PV) solar and wind energy, with 1.3GWh of battery storage included.

Energy & Utilities reported in October 2021 that China’s Huawei Digital Power had been awarded a contract for the battery energy storage solution (BESS) for the Red Sea utilities project.

Huawei Digital Power signed the contract with China’s Sepco 3, which is the EPC contractor, for the 400MW of photovoltaic (PV) solar and 1,300MWh BESS, which will be the largest BESS in the world.

The selected developer will also be required to provide a sewage treatment plant (STP) with a capacity to treat up to 18,000 cm/d of sewage under the first phase of the project through a constructed wetlands scheme. The peak sewage flow of the development is expected to reach 34,000 cm/d by 2030.