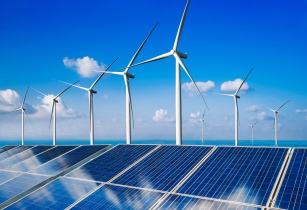 Algeria’s Ministry of Energy Transition and Renewable Energy has launched the tender for a 1GW solar programme, with developers invited to submit proposals for projects ranging from 50MW to 300MW

Developers have been invited to submit proposals by 30 April 2022.

The tender is being overseen by the Algerian Renewable Energy Company (SHAEMS), which is jointly owned by state-owned gas firm Sonatrach and utility Sonelgaz. SHAEMS will be allowed to take a share of up to 25 per cent in the special purpose vehicles (SPVs) formed by the successful bidders to develop and operate the projects.

“Major global investors were waiting for this end-of-year good news,” Mouloud Bakli, the president of Algerian industry association CAPC Energia, told pv magazine. “Several things must be clarified yet, as for example PPA indexation on a foreign currency, arbitration, and the evaluation of local content requirements in the attribution criteria.”

Energy & Utilities reported in November that the Ministry of Energy Transition and Renewable Energies had identified 11 sites for the 1GW solar programme.

The 11 sites have a combined total area of 4,250 hectares and include locations in the Ouargla, El-Oued, El-M’Ghair, El-Bayadh, Ghardaia and Bechar provinces.

The projects will be developed under an independent power producer (IPP) model.

Energy & Utilities reported earlier in 2020 that the government had published a decree on 29 April giving authority to the Ministry of Energy Transition and Renewable Energies to manage and oversee the procurement process of the 1GW programme.

Another three tenders of the same size are expected to be issued each year between 2022 and 2024.

Algeria has set an ambitious target of installing 16GW of renewable energy capacity by 2035. The North African country currently has 25 solar installations with a total capacity of 423MW, according to the International Renewable Energy Agency (Irena).