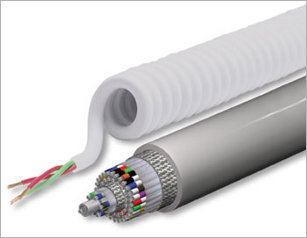 Doha Cables has been awarded a two-year contract by Qatar General Electricity & Water Corporation (Kahramaa) to supply power cables in deal worth US$494mn.

The contract was signed by Qatar's Minister of Industry and Energy, Mohamed bin Saleh Alsada and Faisal bin Qassim Al-Thani, chairman of Aamal, in the presence of Ahmed Elsewedy, president of Elsewedy Electric.

The contract over an initial two-year period is for the installation of low voltage (0.6/1kV) and medium voltage (11kV) power cables equal to approximately 42,000 tonnes of copper through a competitive tendering process.

The deal is part of Kahramaa's current program to meet the growing demand for power in Qatar which it forecasts will almost double to 8GW by 2013.

Doha Cables is a subsidiary of Senyar Industries, a 50:50 joint venture between Aamal and Elsewedy Electric Egypt.

Faisal bin Qassim Al-Thani, chairman of Aamal Company said: "This is a very significant contract win for us and I am delighted that Kahramaa has decided to select Doha Cables from a shortlist of four, recognising the quality of our business and products."