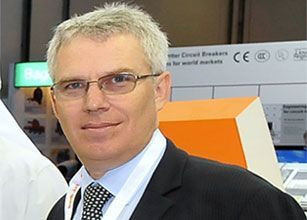 Ducab HV, a joint venture between Ducab, ADWEA and DEWA will extend the company’s range to Extra High Voltage products (up to 400kV), covering the highest voltage currently used in the GCC.

Jon Vail, CEO of Ducab HV talked to Technical Review Middle East about the new High Voltage plant and his high hopes for what HV can bring to the market.

Ducab has three factories at the moment, one in Jebel Ali and two in Abu Dhabi. The new Ducab HV plant, which is being built on a 22 000 m2 site, will be based in Jebel Ali.

The idea for a high voltage company was first put forward back in 2007 and 2008 and it took a while to sort out the mechanics of how the company would work. This was done and the company, Ducab HV, was formed a year and a half ago.

Vail explained that when Ducab was investigating the possibility of investing in high voltage they had to convince the utilities to set to set up a facility to cater for all their needs which was a big step when you are not in originally in high voltage. You need references and experience.

The plant will operate as the first dedicated high-voltage facility in region, and will increase Ducab’s production capacity by 30,000 tonnes. According to Vail, “on a rough mix we are aiming to add 1,500km a year of high voltage cables, which is about 10,000 tonnes of copper, which is quite big.”

Ducab started the ground breaking in November 2009 and have been building like mad ever since. With Vail stating, “civil works are just about to be complete with only a few loose ends to finish off.”

Construction of the HV plant is coming to completion. Ducab has recently completed the factory’s 148m high tower which is believed to be the highest industrial tower in the GCC.

According to Vail, Khansaheb the construction company have released areas for Ducab to install some of the machines already. Commissioning will follow after which will include rigorous testing and then production of cables for the market should begin later in the year

“Commissioning always takes time as we need to make sure they run at the right quality. So I am expecting that to take most of Q2 and the decision to supply commercially in Q3 2011, “Jon commented.

Vail also said that Ducab will also be working with a leading technology partner, a world leading EHV supplier which will see both companies working together to assure quality insurance. The first batch of workers will be sent over to their site for training in Q2.

As Vail put it, the set up will be “a combination of using our own people, recruiting new people with expertise and doing training with out technology partner.”

Jon believes that there is will be an up turn in the market which will bring new  infrastructure projects all of which will need power, electricity, and obviously cables.

In fact the world recession benefited the construction of the HV plant as Ducab “timed it so that the prices had eased. In fact, we slightly delayed the tender so we made sure we could take some advantage,” said Vail.

Vail emphasised that Ducab was taking its HV business very seriously and the company would not be rushed into getting the cables to market too soon. As Jon explained, “we will start off slowly, we will get some experience and we will focus all our efforts on quality to make sure the product is reliable.”

Both of Ducab partners, DEWA and ADWEA, will want Ducab to take it cautiously at the beginning with a product such as high voltage cables which are critical to their circuits

Jon has been encouraged by the amount of interest in HV with everyone seemingly wanting to have HV straight away but when it comes to the crunch and placing orders people still want to see the reference list.

“We want to get through and prove ourselves and the first step is to get the factory up and running.” Vail added.

While the UAE remains Ducab’s core market, countries like Qatar, Saudi Arabia and Asia, look particularly promising in terms of business development. At current point in time, Ducab’s products are sold in over 40 countries worldwide, with approximately 65-70 per cent of Ducab’s total sales made in the UAE.

“For the first few years we will be focused on the UAE, then we will move to the GCC and then of course the world,” added Vail.