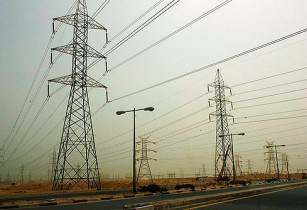 Over the course of the agreement, GE Oil & Gas will work with the ministry to introduce its latest technologies and solutions to upgrade its assets that will contribute to the reliability and efficiency of the energy sector.

The ministry said, in a statement, that one of the projects would generate more than 400MW for oil installations by summer. Other initiatives aim to maintain existing infrastructure and reduce gas flaring from oil fields to boost electricity production for use in the industrial and energy sectors.

The ministry, however, did not specify the agreement’s value or timeframe but said it was the result of two years of negotiations.

Reuters reported that though Iraq is a major oil producer, the country faces chronic electricity shortages, with its fragile grid struggling meet demand after years of war, sanctions and neglect. Many areas lack access to electricity or drinking water, prompting demonstrations by thousands of Iraqis last year to press the government to improve delivery of essential services.

There is a wide gap between electricity consumption and supply: peak demand during the summer, when people turn on air conditioners to combat temperatures that can reach 50ºC, is about 21,000MW, far exceeding the 13,000MW the grid is currently providing.

Earlier, Iraq had signed a US$328.8mn deal with GE in January this year to boost electricity production capacity by 1,000MW.