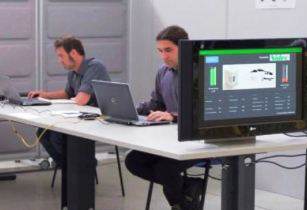 Nidec Industrial Solutions has, for the fifth consecutive year, confirmed its standing as the world’s leading supplier in the energy storage market

This, according to a new report prepared by Bloomberg ‘New Energy Finance’ (BNEF), that highlights the evolutionary trends in the renewable energy market on a global level, a sector in which the company has, for years, played the role of driver for innovation and growth.

Because of the track record of numerous projects developed around the world, from 2013 to 2018 Nidec Industrial Solutions has been ranked first in the battery energy storage system (BESS) market, with an aggregate installed in utility-scale systems of 268MW/445MWh, as an engineering procurement contractor, or as a supplier capable of overseeing the creation of a system, from the design phase through to its construction and testing, and then the maintenance activity throughout the system’s entire lifecycle. Overall, if one also includes the period prior to 2013, Nidec Industrial Solutions can claim to have installed over 500MWh in BESS around the world.

For the year 2016, the company held the record for systems installed totalling 116MW, which includes the creation of an energy storage system with a total capacity of 90MW/120MWh for the German company STEAG, the largest system of its kind, up to that date.

“The excellent positioning acknowledged in the report by Bloomberg New Energy Finance (BNEF) makes us especially proud. It is the result of a strategy that focuses strongly on renewable energy and its goal is to seize business opportunities around the world. We operate in both Europe and the rest of the world and in 2016, in Japan, we supplied Advantec with an energy storage system (BESS) with a total capacity of 6MW and 6MWh, to support a photovoltaic system.

“We are proud to say that in 2016 we also won the EPC contract for EDF, in a 49MW project and for EON in a 10MW project, as part of the tender for the frequency regulation of national grid in the UK, winning 30 per cent of the market share as EPC contractor. Both of these were completed in 2017. In effect, Nidec Industrial Solutions has a global footprint, as confirmed by the contracts it won in 2017: in New Caledonia, for the creation of a 10MW/10MWh storage system for Enercal; for 13MW in Corsica with Corsica Sole for photovoltaic systems with accompanying storage systems; for a 1MW VP microgrid in the Maldives and a smart microgrid, for EGP in Chile, that produces 68kW from photovoltaic, 30kW from wind power, with an energy storage capacity of 250kW/520kWh,” said Matteo Rizzi, director, global sales PV, BESS and EV of Nidec Industrial Solutions.

“Our value proposition benefits from the fact that we are not just system integrators but we are vertically integrated, supplying turnkey BESS that includes cutting-edge power conversion systems (PCS) produced by us, energy management system (EMS) and power management system (PMS) that use our technology. Moreover, we are capable of implementing BESS that avail themselves of different battery technologies, in addition to that of lithium, as is the case with projects for Terna Sanc and Storage Lab, that envisages an installed aggregate of 212MWh.”

Featuring prominently among the company’s most recent innovations in support of energy transition, and in particular, the affirmation of sustainable mobility, is the new Ultra Fast Charger (UFC) for recharging the new generation of electric vehicles, a solution that will contribute to paving the way for the spread of electric vehicles.