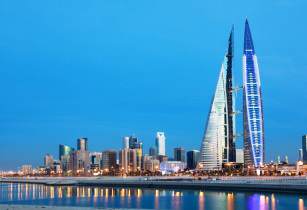 Prysmian Group, provider of energy and telecom cables, has been awarded a new contract worth US$94.43mn by the Electricity and Water Authority of Bahrain to develop a new 400kV cable loop circuit

As part of EWA’s strategic 400kV Transmission Development programme (2009 – 2013), this project adds a crucial link to the infrastructure of the Bahrain and is the first 400kV XLPE submarine cable to be installed in the GCC region. This project follows a previous contract awarded to Prysmian by the Gulf Cooperation Council Interconnection Authority (GCCIA) for a 400kV High Voltage Alternating Current (HVAC) oil-filled cable submarine interconnection between Saudi Arabia and Bahrain.

Leveraging on a wide range of in-house engineering, manufacturing and installation capabilities, Prysmian will provide a comprehensive turnkey solution with the delivery and commissioning of the loop circuit scheduled for completion in 2019. The submarine cables will be produced in Prysmian’s state-of–the-art plant in Pikkala, Finland, whereas the land cables will be produced in Prysmian’s centre of excellence for Extra High Voltage land cables in Gron, France.

The land installation works continue the group’s involvement in the development of the electricity grid in Bahrain following the 400kV Transmission Development (Package B) contract, currently ongoing, which was awarded to Prysmian in 2015 and, as well as the recent contract for the Hidd - Shamal Al Fateh 220kV cable connection where Prysmian is combining a wide range of technologies to complete the strategic project.

“This important contract confirms Prysmian’s commitment to developing energy infrastructures in the GCC. For us, it is a recognition of our strong and long–standing presence in Bahrain. We wish to thank EWA and its CEO, Sheikh Nawaf bin Ebrahim Al Khalifa, for the confidence shown in Prysmian’s capability to manufacture the most technologically advanced and reliable solutions for the development of the country’s new strategic power grid,” stated Antonio Chiantore, general manager for Prysmian Group in the Middle East.