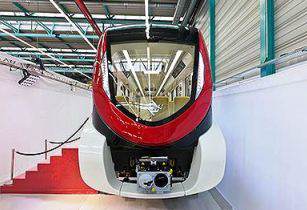 Al-Shiha said that the project plans would be based on growth in demand by Riyadh Metro, Haramain Railway and those other projects in the Kingdom that are in need of electricity, Arab News reported.

“The growth in demand for electricity in 2015 increased by 10 per cent to more than 6,000MW, with Makkah seeing a growth of about 20 per cent, Madinah about 15 per cent, and the Northern Region about 14 per cent,” he added.

Growth in the Kingdom is significant, he revealed, explaining that new projects cost between US$10.66bn and US$16bn annually.

The company has projects worth approximately US$21.32bn under construction, and projects being awarded worth same amount, including projects for 2016.

All these projects are expected to contribute to the Kingdom’s growth, including the Riyadh Metro, which will consume 400MW, and the Haramain Railway project consuming 300MW.

The Siemens order includes the metro trains, electrification system, and signaling and communication equipment for driverless operation on Lines 1 and 2. Siemens was awarded the order in 2013 by the High Commission for Urban Development (ArRiyadh Development Authority).