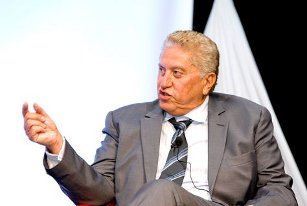 The company also achieved US$166mn in revenues for the fourth quarter ending 31st of December 2010, a 44 per cent increase over the 3Q results and managed to sustain its profitability and posted US$11.1mn in net income for the same period.

"The revenue growth in the fourth quarter indicates the company's increased momentum in projects execution and our ability to secure more contracts in the region." said Khaldoun Tabari, CEO of DSI.

"We expect a gradual reduction in administrative and operational costs during 2011 and our diverse geographical spread and integrated engineering capabilities will allow us to profit from the economy of scale," added Tabari.

DSI is looking for further expansion into the wider Middle East region as it plans to complete the acquisition of a civil construction company in Saudi Arabia by the end of the first quarter in 2011.

The company recently secured a mega project in Saudi Arabia, the King Abdullah Petroleum Studies and Research Center (KAPSARC) in Riyadh, Saudi for a total value of SR 2 billion and is currently studying the appropriate and feasible mode of entering Iraqi and Indian markets.

"We are confident that the investments made over the last 20 months will yield positive results and will foster revenue growth as we move forward into 2011," stated Osama Hamdan, CFO of DSI.

DSI has a strong project portfolio and managed to achieve a substantial backlog of US$1.3 billion as of December 2010. However the company has also managed to add US$735mn worth of work since the beginning of 2011.