SESCO sees an upturn in the market in 2011 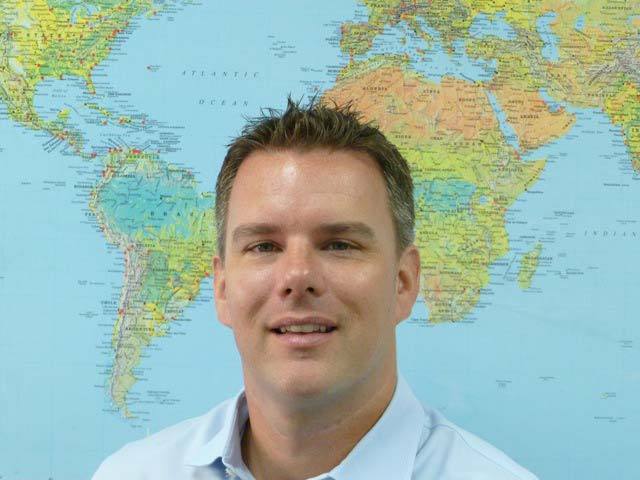 Saudi Electric Supply Company (SESCO) is looking to strengthen its presence in the GCC and the company?s general manager believes markets in the region will see an upturn this year.

SESCO Group, General Manager, Roger Raley discussed his role and aspirations for SESCO this year in an interview with Technical Review Middle East.

Raley joined the company 19 months ago and has responsibility for SESCO?s business across the region.

SESCO is a 100 percent owned Saudi company, Sheik Ali Tamimi established SESCO in 1976 with General Electric as this partner.  Today, SESCO is managed by Gexpro which is owned by Rexel, the largest electrical distributor in the world.

The company is a distributor of high-quality components, equipment and materials for electrical, industrial, mechanical industries.

The global downturn affected most economies and although SESCO?s performance was a little down on 2009 levels, the company was still over a US$100mn company, according to Raley.

Raley sees a real upturn in the market in 2011, especially for SESCO as the traditional sector that drives their business is the oil and gas industry.

?So when Aramco is building a big refinery that is typically when we do very well. So last year we did not see too much of that as oil prices dropped, projects got pushed out and the ability to finance some of these projects became a hindrance. But as oil prices have come back up projects are now slated for implementation in 2011, so we expect to see a good upturn this year,? Raley stated.

SESCO is looking to expand outside their traditional geographical markets of the GCC.  SESCO currently exports to North Africa, Afghanistan, and Iraq.  On North Africa Roger added, ?we have looked at putting infrastructure into North Africa but with the current situation going on it is probably not the right time for us. There are political issues which need to be resolved.?

Two markets which are very import for SESCO are Iraq and Afghanistan as, ?we do quite a bit of work with the US armed forces through their contractors, mainly through the local programmes managed by KBR, Fluor, and Dyncorp.

SESCO traditionally did a lot in Iraq but since the forces have shifted focus to Afghanistan, we have done the same. ?The challenge with Afghanistan is that a lot of the products are shipped over from the US because of logistics challenges,? added Raley.

?Iraq is going to be a big market,? Raley said. Especially as Iraq will be developing the Rumaylah oil field and will be building up their production over the next few years.

?The big markets for us, which we see as up and coming, will be Qatar and Abu Dhabi. Abu Dhabi has quite a bit of petrochemical projects and Qatar has a big overarching development.?

In Qatar last year, the majority of SESCO?s business was conducted on NDIA, the new airport in Qatar. ?We had 22 different customers just within the airport alone and that really taxed our resource,? commented Raley.

In the UAE, the company really expanded its presence last year in the emirate Dubai and relocated their main facilities.  Raley expanded, ?we opened a new warehouse in Al Quds Industrial Area # 4 and we are really excited about what we have done there.?

Abu Dhabi is going to be a real focus for SESCO this year and where they really want to expand.

SESCO is also looking at adding to its team and SESCO ?is always looking at hiring quality people in Saudi and are adding to the team in Qatar,? Raley added.

SESCO has a very multinational staff and they recruit from different regions, including India and Pakistan. SESCO also recruits from other Arab countries, including Syria, Jordan and Egypt. ?We have a truly diversified staff,? Raley said.