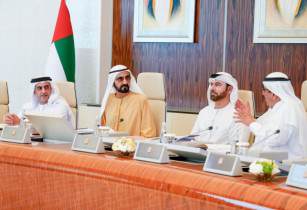 ?I have chaired today a Cabinet meeting, during which we approved the federal budget of US$49bn for the next three years,? HH Sheikh Mohammed tweeted.

During the Cabinet meeting, a new federal law was adopted to regulate the space and advanced technology sectors in the UAE. HH Sheikh Mohammed tweeted, ?The goal is to open up the space sector to investment, research and partnership building.?

?It was a coincidence to adopt a large federal budget with the new law for space sector. Both will take the emirates to new heights,? he added.