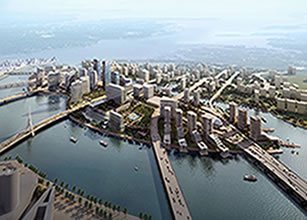 The First International developer has secured a high profile contract to develop sites on Sowwah Island in Abu Dhabi for US$1bn.

Farglory Land Development Co, a Taiwanese property developer, was awarded its first ever project in the Middle East by Mubadala Development Company (Mubadala) to develop four sites into a high-end residential and commercial complex, both companies announced in a joint statement.

The contract was handed out by Mubadala Real Estate & Hospitality (MREH), a business unit of Mubadala. The deal is part of a government initiative to turn Sowwah Island into a Central Business District (CBD) home to 30,000 residents, which will include high-end apartments, office buildings, luxury hotels and shopping malls.

Construction on the project is set to begin in the third quarter of 2011 and will be completed by 2016. The four-land plots on Sowwah Island will provide approximately 153,000 square meters of gross floor area (GFA) of residential, commercial and mixed use towers with retail services which will be connected by climate controlled pedestrian passageways. The plots will be developed in stages with the first designated to be developed as a luxury waterfront residential.