New US$220mn housing project to be built in Basra 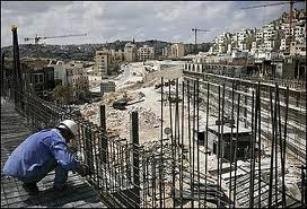 The announcement joins a flurry of new housing project announcements as Iraq combats a real housing shortage and is looking to foreign investment to alleviate the shortage. The US engineering and construction company, based in Maryland, stated that the units would include flats and villas and would be built on 200 acres on the outskirts of Basra, 420 km southeast of Baghdad, reported Trade Arabia.

Each flat would be sold for US$55,000, while villas would be available for between US$300,000 to US$400,000. Aydan al-Jbory, WSI projects manager in the Middle East, said, "The start of this project is a big success and the fruit of long and exhausting efforts. We are interested in investing in Iraq generally and in Basra particularly."

Iraq is facing a severe shortage of houses and it is estimated that the country will need between 2-3 million new homes for its growing population. The government hopes a new investment law that allows foreigners to own land for housing projects will bring in a growing number of foreign developers.

The WSI announcement is part of three housing projects which aim to provide Basra with 12,000 housing units, according to Haider Ali Fadhel, the head of Basra's investment commission. Fadhel said a second housing project for US$240mn had been granted to a Lebanese firm and the third project, which includes the building of 5,000 housing units for US$938mn has been awarded to an Iranian firm and is awaiting approval by the Iraqi cabinet.