Construction sector in Oman jumps by 14 per cent 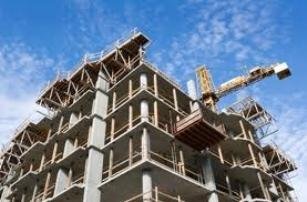 THE growing investment confidence in Oman's construction sector has seen the government push ahead with new infrastructure projects which will help stimulate the economy and will see the sector grow annually by 5 per cent over the next three years.

The construction industry in Oman saw a 14.2 per cent year-on-year increase in 2009 to reach US$3.4bn according to the latest Oman Infrastructure Report Q4 2010, published by companies and markets.com The report also stated that the industry would be valued at US$3.7bn in 2010. The construction boom in Oman is the result of increased government spending aimed at upgrading the country's infrastructure and bringing in new development programmes.

This has resulted in the launching of a number of new mega projects across the sultanate. The government's plans are part of a grand 'Vision 2020', which will see every main economic sector benefiting from increased public spending. A key factor in the positive outlook for the country's construction sector was Oman's insulation from the worst effects of the global economic crisis of 2008-2009 that allowed the government to attract more foreign investment during the downturn and increase spending on infrastructure.

The government is projected to spend US$10bn on construction and infrastructure projects which are to be completed by 2015. This push has seen the moderately sized construction industry slowly gaining momentum in the country. The Oman tender board is continually awarding construction contracts to a variety of companies with new bids being open for projects across the country.

The increase in the number of construction projects will see demand for building materials increase rapidly with firms having to increase their output and boost capacity. This increased demand has led to new investment announcements, with India based producer Jindal Steel and Power (JSP) planning to build a plant located within the Sohar Port and industrial complex by the first half of next year.

With an annual capacity of 1.5 million tonnes, the factory's output will not only serve the domestic market but will also be able to serve international markets. Another Indian company, Zoom Steel Co (ZSC), is also developing a plant in the north eastern city of Sur. It is expected to come online in late 2012, when the US$655mn facility will be able to turn out 1.2 million tonnes of steel billets and blooms. ZSC, like JSP, is also looking to use Oman as a launching platform for international markets.