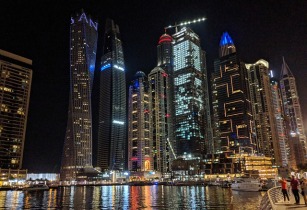 According to the findings of The Voice of the Construction Industry Report published at The Big 5 exhibition, the majority of respondents see the GCC and the Middle East as the top investment locations.

A total of 5,951 senior construction industry professionals from 136 countries have been surveyed on the trends and outlook of the construction sector in the GCC, the Middle East and Africa. The report is based on research carried out by GRS Research & Strategy Middle East, in conjunction with The Big 5.

Of the GCC countries, respondents felt that the most opportunities were found in the UAE (56 per cent) followed by Saudi Arabia (44.4 per cent). In line with these findings, 36 per cent of those interviewed said that their business would enter the UAE either directly or through a joint venture within the next 12 months.

According to Andrea Piccin, partner - general manager, GRS Research & Strategy, commented, “Economic growth is seen as a key factor generating business opportunities in the GCC. This is undoubtedly piquing the interest of international companies, which are now looking to expand in the Middle East for the first time.”

“Also, the increase in tourism, particularly in the UAE, is a major driver for business growth and one that many construction companies have already capitalised upon,” he added.

“These trends reflect the UAE and Saudi governments’ recent focus on the development of smart and sustainable cities. According to the results, it is anticipated during the next 12 months governments from these two countries will place even greater emphasis in these key areas providing an additional boost for the industry,” concluded Piccin.