Housing projects in KRG jumped in 2010 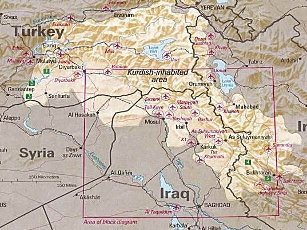 Housing and reconstruction projects by the Kurdistan Regional Government (KRG) in 2010 rose by 24 per cent with investment in the projects up by US$83mn.

According to the KRG Ministry of Reconstruction and Housing, 368 projects were completed in the three provinces of the Kurdistan Region in 2010. The overall price of the projects funded by the ministry and also from the development budget of the provinces topped US$334mn.

The projects carried out and funded by the ministry and the development budget in 2009 amounted to 344 priced at US$251mn. Some 107 roads and 11 new bridges are among the projects that were built in 2010.

The ministry has also carried out 62 housing projects to ease the shortage of new housing. The total number of projects currently under construction by the KRG are valued at US$815mn.