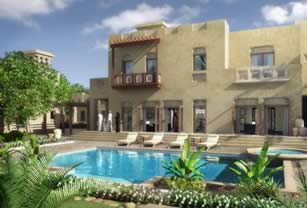 Nakheel will reportedly resume work on at least six projects by early October as it settles outstanding bills with contractors. The developer, owned by Dubai World, is restructuring US$10.5 billion owed to banks, contractors and service providers. Last month contractors started to receive payments from Nakheel leaving the way clear for stalled projects around the emirate to resume.

Nakheel chairman, Ali Rashid Ahmed Lootah, said the company was dealing with 1,000 trade creditors and companies including Arabtec Construction and Halcrow, a UK engineering firm involved in the Palm Jumeirah, have confirmed that they have received initial payments from Nakheel.

The news comes as a statement from real estate development company, Shaikhani Contracting, said that the UAE construction sector is undergoing a gradual recovery. Payments to contractors are increasingly being made according to Shaikhani and in Dubai especially several major developers have started to pay contractors amounts outstanding since the global economic downturn hit the region. An estimated US$500 billion worth of projects were cancelled or frozen since the real estate slump hit the UAE in 2008.

"This welcome development regarding the faster interval of payment for dues owed to contractors bodes well for our plans to grow our operations in the UAE, and we are very excited to witness the resumption of construction activities and become one of the most active contractors working on projects across the country," said Rizwan Shaikhani, managing director of Shaikhani Contracting.

Identifying the opportunities in the region, particularly in Abu Dhabi and Dubai in the UAE and in Qatar, Kuwait and Saudi Arabia, Shaikhani Contracting is planning to hire more engineers, technical and non-technical staff, with a view to offer regional customers a broader portfolio of services.