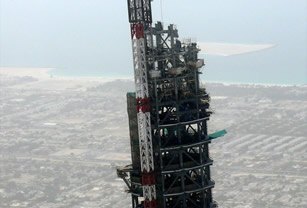 The value of total construction contracts awarded in the UAE in the energy sector almost tripled to US$8.8 billion for the period of January to May this year according to project tracker and analysis provider, Ventures Middle East. This is in comparison to US$3 billion for the same period in 2009. Ventures also reported that construction contracts awarded for the UAE's energy sector rose substantially from US$405mn in May 2009 to US$3 billion in May this year.

"In 2008, during the boom period, we saw many design and build contracts taking place and developers signing long-term agreements with contractors since they wanted to avoid the tendering process and wanted to have contractors in place for their projects,” Mibu John, syndicated research director at Ventures Middle East, was quoted as saying by Emirates Business. “But in 2009, we saw a return to the traditional tendering method in the market.”
The total value of construction contracts in the UAE dropped by 18 per cent from US$6.6 billion to US$5.4 billion between May 2009 and May 2010, according to Ventures. However, this compares favourably to the 26.5 per cent drop suffered in the GCC states in May this year to US$9 billion from US$12 billion in May 2009.
Ventures also reported that the total value of projects dropped by 10.51 per cent in the GCC from US$48 billion to US$43 billion for the period January to May this year compared to the same period in 2009. The UAE saw an 18 per cent drop from US$21.3 billion to US$17.4 billion.
"When you compare 2009 with 2010, we see the most contracts being awarded in April 2010. There is a positive feeling in the market and we will hopefully see a shift in the situation by the second half of 2010," said John. "The industry feedback is that more contracts will be awarded in the second half of 2010 compared with the same period in 2009. But it all depends on the clients and their final decisions. If the positive attitude continues, then one can expect a steady growth of 10 per cent to 15 per cent in the market by end 2010."