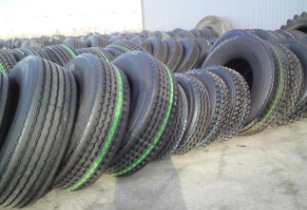 As part of the worldwide expansion aims of the company, the UAE-based office is an important part of Magna Tyres plans

Magna Tyres Group has announced the opening of their Middle East and Africa (MEA) office in Ras Al Khaimah. In September 2016, the appointment of Vijay Nambiar as the general manager of the new office demonstrates the groups worldwide expansion plans.

CEO of Magna Tyres Group, Michael de Ruijter, has said ”We are very proud that Vijay has seized the opportunity to start with this new office which will play an important role in enhancing the Magna Tyres image, and stregthen our commitment to the region.”

Vijay Nambiar has said, “We expect that the new Magna Tyres office will provide great benefits to all customers in the region with complete local support in the building Magna Tyres brand image at par with any other known premium brands.”

Magna Tyres goal is to further enhance the customer relationship and satisfaction within the Middle East and Africa.

More on the new regional office for Magna Tyres Group can be found here.