Volvo CE to buy Terex unit for US$160 million 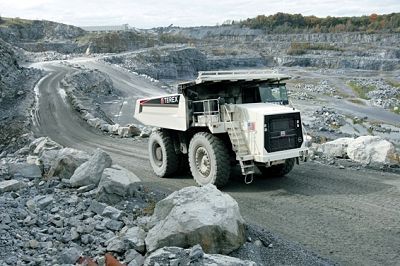 According to Volvo CE, the acquisition would enhance its market share in the earthmovers and light mining segments.

These businesses had a total turnover of US$370mn in 2012, according to company sources.

Volvo CE will also obtain hauler distribution rights in the US along with the acquisition of a 25.2 per cent interest in Inner Mongolia North Hauler Joint Stock Company, which manufactures and sells rigid haulers under the Terex brand in China.

“This deal would result in the addition of three models of articulated haulers to Volvo CE’s portfolio. The introduction of rigid haulers will extend Volvo CE’s position in the light mining sector,” the company said.

The company’s products and services are offered in over 125 countries across Europe, the Middle East, US and Africa. Last year, the company had announced that it would increase its presence in Saudi Arabia, Qatar and the UAE in the near term.

Volvo CE president Pat Olney said, “This is a strategic acquisition that offers us considerable scope for growth. The addition of a well-respected range of rigid haulers extends the earthmoving options for customers involved in light mining applications.”

Following the acquisition of Terex’s unit, about 500 employees will be added to Volvo CE’s existing workforce.

The deal is subject to regulatory approval and is expected to get finalised in Q2 2014.